Up to 3 Year Warranty, 30 Day Trial. All Stock Based In Australia, Fast Shipping Straight To Your Door!
Shop Now
< Go back Muscles are very important parts of the body. They make us move. They enable us to walk and run with our legs and feet. They allow us to dribble and shoot a basketball with our arms and hands. They even help us to speak and to swallow the foods that we eat.

Most sources say that the human body is made up of around 650 muscles classified into three different groups – the cardiac muscles, the smooth muscles and the skeletal muscles.

The cardiac muscles in the walls of the heart are responsible for the pumping of blood through involuntary movements.

The smooth muscles, on the other hand, can be found in the walls of the stomach, the intestines, the uterus, the blood vessels, and the internal muscles of the eyes. They are responsible for the contraction of some organs of the body in order to move substances through them. For example, smooth muscles in the stomach and in the intestines move food in the digestive tract.

The skeletal muscles are attached to the bones and enable us to carry out movements in different parts of the body through voluntary contractions.

In this post, we will focus on the skeletal muscles which make up roughly over forty percent (40%) of our body mass – the muscles which allow us to perform all physical activities that we know about.

How do skeletal muscles work?

Skeletal muscles are made up of muscle fibers that are bundled together and wrapped in tough bands of connective tissues called tendons. These tendons attach the skeletal muscles to the bones. Together, these muscles and the bones of our body make up the musculoskeletal system which provides support, stability and mobility to the body.

Skeletal muscles promote bodily movement by shortening their length, pulling on tendons, and moving bones closer to each other.

During movement, one of the bones is pulled towards another bone which remains stationary.

The fleshy part of the muscle in between the tendons does the actual contraction to produce movement. It is called the belly.

Since muscles can only contract, they pair up and work in opposition to move bones in opposite directions.

A good example of this are the biceps and triceps muscles of the upper arm. They pair up and work in opposition in order to bend and extend the arm at the elbow.

Since we use our skeletal muscles regularly and sometimes, strenuously, and because there are skeletal muscle tissues in nearly all parts of the body, muscle ache, soreness or pain can be felt practically anywhere, and it is discomforting.

Pain that can be attributed to muscle activity can come from muscle tension in one or more areas of the body, from muscle overuse in a physical activity or from muscle injury while performing a physically demanding work or exercise.

Sometimes, though, muscle ache, soreness or pain can occur even without any kind of physical activity. This could mean that it is caused by a virus or any other condition. This also means that we need to visit the doctor to be sure.

Treatment for muscle ache, soreness and pain ranges from easy home remedies to advanced medical procedures depending on severity.

Though there are a lot of treatments for muscle ache, soreness or pain that are available, research indicate that one of the most effective and most promising techniques is red light therapy or RLT. [1]

In this post we will explore the use of red and near infrared (NIR) light therapy for optimal muscle tissue recovery.

What is optimal muscle tissue recovery?

The key to understanding the meaning of optimal muscle tissue recovery lies in two words – optimal and recovery.

The word optimal means the most favorable. It comes from the root word optimum.

Recovery, on the other hand, means a return to a former status.

When used together in relation to muscle tissue as in “optimal muscle tissue recovery,” it could mean the best or the most desirable or favorable way to return maybe worn out or damaged or injured muscle tissues to their former status as healthy, efficiently performing muscles.

Hence, optimal muscle tissue recovery means maximizing the effectiveness and efficiency of our body’s natural healing processes in order for our muscles to stay healthy.

How do we do that?

How do we achieve optimal muscle tissue recovery?

To become better and fitter, the Everyday Health [2] website writes that we have to push our body harder like in workouts and exercises. However, we also need to let our muscles rest.

One of the ways to obtain optimal muscle tissue recovery is through red light therapy – a treatment method that enhances the regeneration of muscles tissues from aches, soreness, or pain.

The idea that we can use sunlight or visible light or, in other words, colors, to cure diseases has a very long history. It is something that humans have always believed in.

It is said that since the late 1800s, doctors began recommending heliotherapy or “sunlight therapy” for various illnesses, including severe illnesses like tuberculosis.

These doctors believe that light from the sun has the potential to destroy the disease-causing bacteria.

From antiquity, we learn that Avicenna, a Persian physician who practiced ca. A.D. 1025, thought that color itself could treat various ailments. It provides a cure for various diseases of the human body.

For example, it was said that Avicenna believed that red was for stimulating blood flow. He was convinced that blue was for cooling the body and that yellow was for easing muscle pain.

It is funny that in historical writings, it was even said that Avicenna also believed that a person with a nosebleed should not look at the color red because it would make the bleeding worse.

Over the years, however, researches and studies on light therapy has greatly improved. The commercial uses of light therapy, particularly red and near infrared light therapy are also gaining popularity because these devices which were once available only in commercial establishments like spas, gyms, or skin clinics, are now becoming increasingly affordable for consumers.

What is Red Light Therapy?

Arranged according to decreasing wavelength, the visible spectrum can be seen as the colors red, orange, yellow, green, blue, indigo and violet. More simply, this range of wavelengths is called visible light.

The NASA [4] website writes that typically, the human eye can detect wavelengths from 380 to 700 nanometers. Hence, red light can be perceived by the human eye.

According to the Live Science [5] website, red light has a wavelength of up to 740 nanometers but is still visible to the naked eye.

On the other hand, infrared light lies on the region of the electromagnetic spectrum between microwave and visible light.

According to the NASA [6] website, the infrared region of the electromagnetic spectrum is divided into near-, mid-, and far-infrared sections.

Though not visible to the naked eye, infrared light can be detected as heat. The Science Direct [7] website estimated the wavelength of infrared light to be about 1100–2500 nanometers.

Red and Near Infrared Light Effects

What is the science behind red and near infrared light therapy?

How does red and near infrared light therapy work?

Research shows that both red and infrared light help build and repair muscle tissue. It works by delivering low-level radiation of red and near infrared light to the chromophores in the cells using cytochrome c oxidase (Cox) as the main light-absorbing protein. [8]

After absorbing red and NIR light, the Cox in the mitochondria of the cell triggers an increase in the synthesis of adenosine triphosphate (ATP) – the body’s source of energy at the cellular level. [9]

The skeletal muscle cells of the body are mostly made up of mitochondria, the so-called powerhouse of the cell. This is why it responds well to red and near-infrared light therapy.

In 2016, a study on the effects of RDT in human muscle tissue concluded that the treatment when applied before and after exercise both increase muscle mass and decrease inflammation caused by oxidative stress. [13]

In that same year, a study on a pair of identical twins showed that Light-emitting diode therapy, a form of red light therapy, can be useful to reduce muscle damage, pain, and atrophy, as well as to increase muscle mass, recovery, and athletic performance in rehabilitation programs and sports medicine. [14]

The positive effects of red and near-infrared light therapy were not only observed in male subjects. They were also observed significantly among women subjects.

These and a lot more studies and researches prove the effectivity and efficiency of red and near infrared light therapy for optimal muscle tissue recovery.

For instance, results of a 2014 study suggest that a muscular pre-conditioning regimen using LEDT before intense exercises could modulate metabolic and renal function to achieve better performance. [16] The study was done with professional athletes.

Another 2014 study involving 27 soccer players [17] concludes that laser application either before or after fatigue reduced the post-fatigue concentrations of serum lactate and CK among the test subjects.

But are these devices safe?

Red and near infrared light therapy uses LED devices which do not make use of harmful electromagnetic radiation like ultraviolet rays, so it is safe. Moreover, the procedure itself is non-invasive so there is no need for a recovery time after treatment. Once you are done with the therapy, you can continue doing your daily activities without worry.

If you are having muscle aches, soreness or pain and are contemplating to try red and near infrared light therapy, we have devices available for you. Visit our shop here and see for yourself the wide array of quality devices that we offer.

We have captured in our devices both the power and the efficacy of clinical treatments, but in a compact and affordable package that you can try in the convenience of your own home. Read more >
Up to 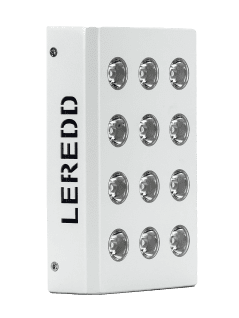